The number of young people that are not involved in any kind of education and training or that are unemployed (so called NEETs) have remained at high levels. In this regard the NEETs for NEETs project aims at improving inclusive methods to empower young adults, therefore improving the conditions of NEETs. To do so, project partners will involve Adult Educators to co-create and design trainings with and by NEETs themselves.

The project was kicked-off in February 2022.

Implementation of an existing model

With the NEETs for NEETs project, partners from Sweden, Germany, Norway and Belgium aim to exchange best practices and commonly improve new and innovative instruments and activities created together with the NEETs and the Adult Educators. Based on an existing example of good practice, the project will broaden and modify the ReAct Self-Empowerment model, developed by the refugee organisation Support Group Network (SGN) and implemented by Save the Children (Sweden). The NEETs for NEETs project will learn from these experiences and practices, adapting them to the challenges and possibilities offered.

On the basis of the ReAct model the partners of the project consortium – together with the group of NEETs – created, piloted and analysed new types of self-organisation, collaboration and learning methods for the target group of NEETs. In the framework of this new training concept, NEETs will become training experts sharing knowledge, experiences, personal goals and development strategies as well as dreams and motivation with other NEETs. This occurred within the framework of local training in May and September 2022 (Gothenburg, Sweden); September 2022 (Oslo, Denmark) and October 2022 (Stuttgart, Germany).

The first ‘Train the Trainer’ style workshop for the NEETs for NEETs project was organised by Volkshochschulverband Baden-Württemberg (VHS) in Stuttgart, Germany, from 29 November – 1 December.

The second Train-the-Trainer workshop will be held in Borås Stad, Sweden. The goals of the workshop are to:

Save the children organisation (Sweden) 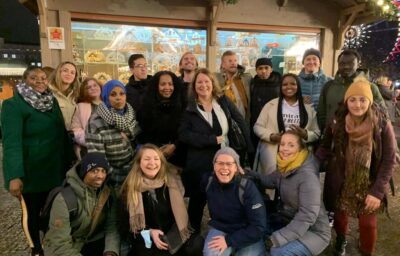 Youth Experience in the NEETs For NEETs Training Workshops 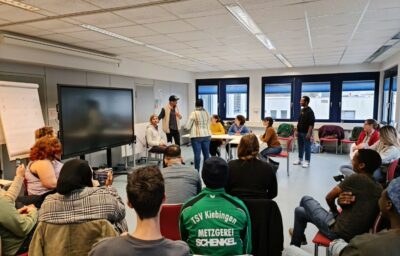 First Training Workshop for NEETs for NEETs held in Stuttgart

The first ‘Train the Trainer’ workshop for the NEETs for NEETs project was organised by Volkshochschulverband Baden-Württemberg (VHS) in... 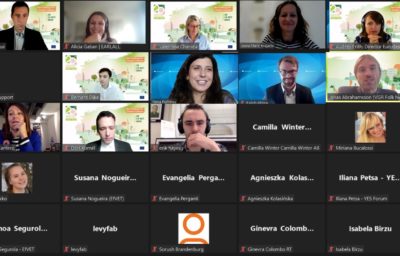 The European Association for Regional and Local Authorities for Lifelong Learning (EARLALL), and the European Forum of Technical and Vocational... 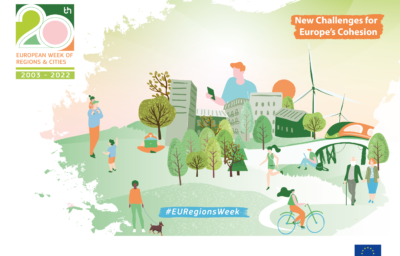 EU Regions Week 2022: Youth empowerment at the core of priorities!

The European Week of Regions and Cities, organised by the European Commission and the Committee of the Regions will take place from 10 to 13 October... 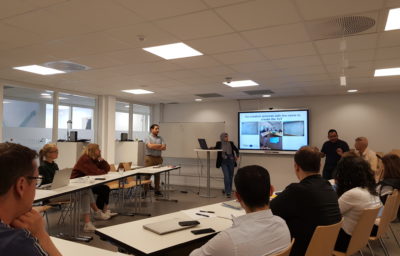 Engagement of young people through the NEETs for NEETs project

NEETs for NEETs project partners met for the third transnational partners meeting in Oslo on 1 and 2 of June 2022. During these two days, partners... 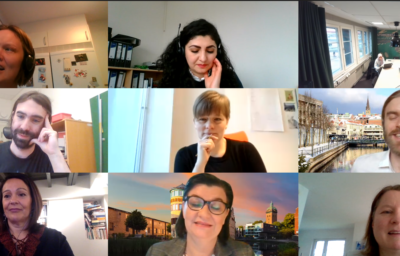 The new NEETs for NEETs project was kicked-off

The NEETs for NEETs project, co-funded by the Erasmus+ programme (KA2) was launched by the means of an online kick-off meeting on 14 and 15 February...