First Training Workshop for NEETs for NEETs held in Stuttgart 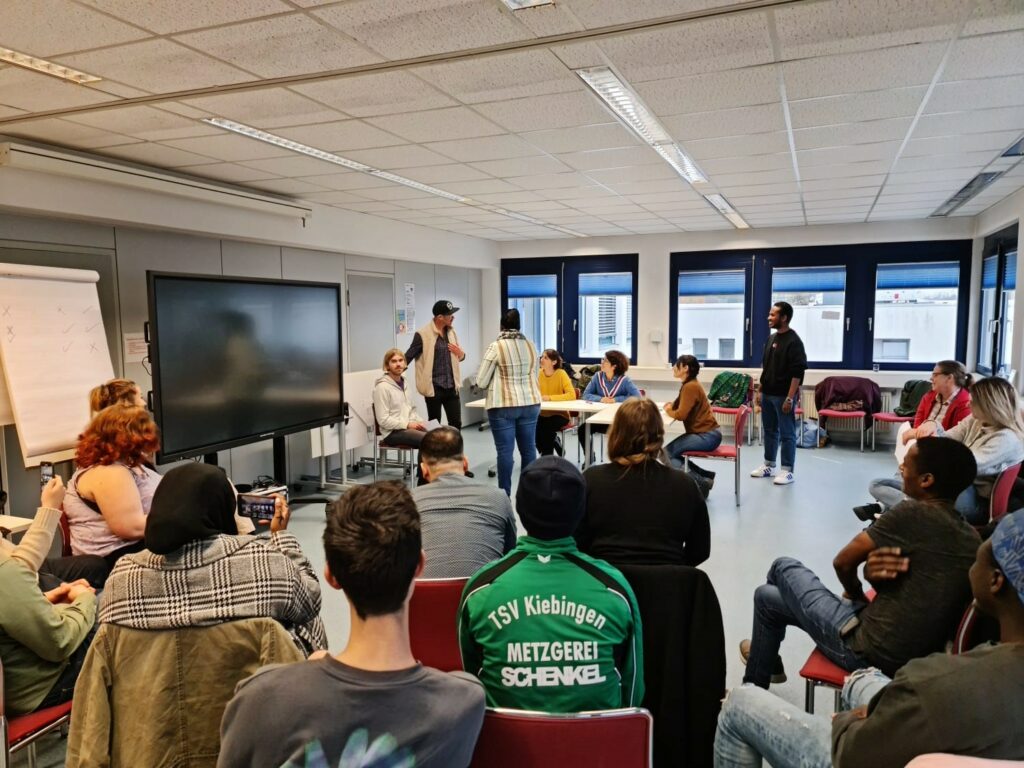 The first ‘Train the Trainer’ workshop for the NEETs for NEETs project was organised by Volkshochschulverband Baden-Württemberg (VHS) in Stuttgart, Germany, from 29 November – 1 December.

The NEETs for NEETs project seeks to improve inclusive methods to empower young adults (NEETS, Not in Employment, Education or Training). The project works on co-creating and adapting an existing example of good practice of youth inclusion, the ReAct Self-Empowerment model, developed by the organisation Support Group Network (SGN).

The ‘Train the Trainer’ workshop also allowed the young participants to reflect upon what they had learnt in their training and to put into practice the various tools that had been co-developed between them and the partner staff members. They presented these tools by training various members of Civil Society Organisations, on topics such as how to get a job, finish their education or plan strategically.  This allowed the participants to evaluate the tools which had been developed, encouraging their appropriation and ownership of them. 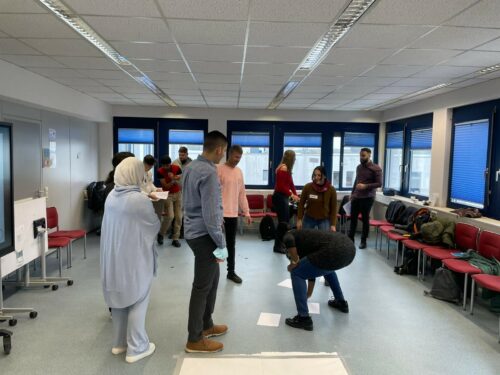 During the last day of activities, the participants were asked to brainstorm collectively possible upcoming activities for the NEETs for NEETs project. The result was a fruitful interaction and suggestions including: an arts festival co-created between the young people and staff in Oslo; creating synergies between young people to use the project as a platform to learn more communicative English; involving the young people in designing the second training in Boras and planning a creative physical event alongside the next training.

The same young participants will be invited to a second training workshop in April 2023 in Boras, Sweden. They will have the opportunity, thanks to the first training, to function as trainers carrying out co-creative self-empowering activities to “new” NEETs and “new” staff members working with NEETS. The NEETS will, in this way, become the experts rather than the learners.