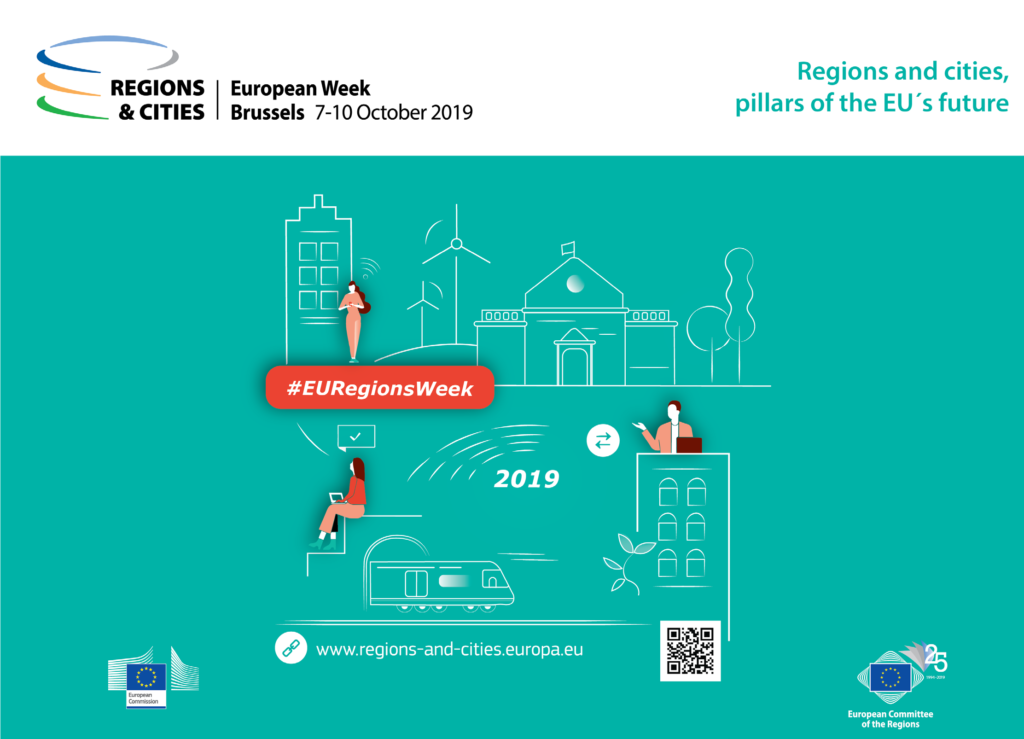 EARLALL was actively involved in the European Week of Regions and Cities 2019, which took place in Brussels, and organised two official events within its context. On Wednesday, October 9, the SQUARE centre in Brussels hosted a workshop about the BRIDGE+ project, funded by the Erasmus+ programme of the European Union. Next day (October 10), the “Building Regional Skills Ecosystems” workshop gathered regional representatives, the European Commission and the OECD at the European Committee of the Regions.

Also, as a previous side event on Tuesday afternoon, Project Matchmaking allowed Norwegian project promoters to find the right partners to take their ideas and turn them into a reality. Furthermore, on Wednesday morning, EARLALL’s Mobility Working Group met together with European Commission’s DG EAC representatives.

The West Norway office at the Norway House transformed into a matchmaking open space in which project ideas and potential partners met. Five Norwegian municipalities in search for the ideal partners to make their Erasmus+ project ideas a reality introduced their international initiatives for regional and local development in the fields of education, training and youth. Five simultaneous workshops in which interaction and idea exchange were the protagonists took place with the aim of fostering smart partnering.

9 October 2019
Delegation of the Basque Country to the EU

EARLALL Mobility Working Group, coordinated by Borås Municipality on behalf of Region Västra Götaland, met at the Delegation of the Basque Country in Brussels to discuss about their activities to promote mobility. The meeting counted on the participation of Mr. Manuel Fernández Arroyo and Mr. Kristijan Vukelic, from the European Commission’s DG EAC, who presented the Erasmus+ programme post-2020, with a focus on inclusion, innovation, simplification, and sustainability. EARLALL Member representatives also had the opportunity to transmit their concerns and priorities to the European Commission.

EARLALL Member Regions and Brussels-based representatives also received updates about the latest achievements of the network.

BRIDGE+ Workshop at the SQUARE centre

“BRIDGE+: A Digital Multi-actor Approach to Skills-based Guidance in 4 EU regions” took place at the SQUARE centre in Brussels in the context of the European Week of Regions & Cities 2019. During the session, the BRIDGE+ project (funded by the European Union under Erasmus+ KA3) was introduced to the audience. The workshop presented the project’s work so far in using new technologies to support guidance and skills matching at regional level.

“Building Regional Skills Ecosystems” Workshop at the Committee of the Regions

10 October 2019
European Committee of the Regions

Six EARLALL Member Regions introduced their initiatives to build skills ecosystems in the presence of European Commission’s and OECD’s representatives on the occasion of the European Week of Regions & Cities 2019. The European Committee of the Regions hosted in Brussels a workshop during which views were exchanged and new ideas arose in a climate of cooperation and willingness to take future actions to develop strong regional policies in the field of skills.