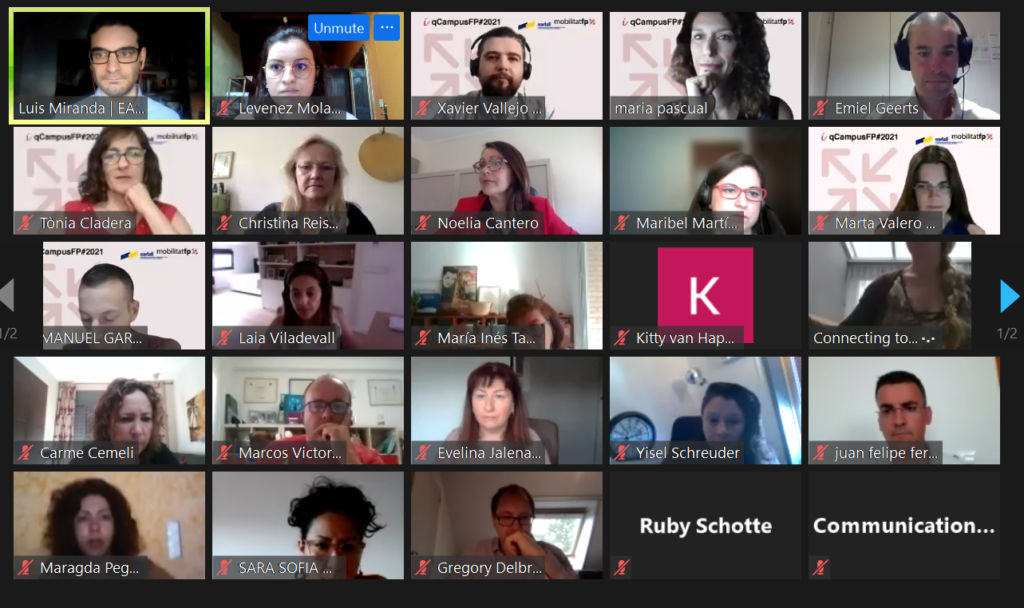 The Catalan Ministry of Education and EARLALL hosted the “Teaching methodologies for VET lessons: the CLIL approach” on 2 June 2021. The conference was organised in the framework on the VET’s CLIL project, co-funded by the Erasmus+ programme of the European Union and coordinated by POV Provincial Education Flanders, and the iqCampusFP#2021 organised by the Regional Ministry of Education of the Government of Catalonia. The conference gathered more than 40 participants, mostly VET teachers, education experts and other stakeholders at regional, national and European level.

Being able to work at ease in foreign contexts has proven to be a key employability element for VET students. Teaching and learning methodologies, such as CLIL, have allowed VET students and teachers to to use a foreign language in class, resulting in a better acquisition of a key work competence: the knowledge of a foreign language deeply contextualised in a specific work environment. During the workshop, the VET’s CLIL project results were introduced, and expert views on the topic were offered. Furthermore, CLIL teachers had the opportunity to explain the CLIL methodology and to share their experiences with participants.

The event was moderated and introduced by Maria Pascual, Head of the International Projects Unit for VET at the Regional Ministry of Education of the Government of Catalonia, who presented the VET’s CLIL project. She declared: “Showing your students the importance of knowing a foreign language is more than just knowing the language, it is opening your students mind to new cultures, and this makes them more confident to work in different environments, and enables them to leave their comfort zone.”

She was followed by Dr. Christina Reissner, Researcher at the Department of Romance Languages at Saarland University who presented a project on enhancing language education in cross-border vocational education under the umbrella of the European Centre for Modern Languages of the Council of Europe. Then, Kitty van Haperen, English teacher at DaVinci College (Dordrecht, the Netherlands) discussed about creating a European CLIL community, and said about the VET’s CLIL project: “Two years later, in my opinion, we have created something beautiful which should definitely help all European VET teachers and make the dream come true that we can start a real European CLIL community.”

Then, three different breakout rooms were opened. The first one presented project-based learning on CLIL, led by Marta Valero Compte, marketing teacher at the Santa Eugenia Institut (Girona, Spain). Another one dealt with digital tools and Google extensions for CLIL learners, led by Susan Dreger, educational technology teaching advisor at the Regional Department of Education in Catalonia. The last one, led by Antònia Cladera Bohigas, pharmacist and educator specialized in CLIL and healthcare presented the implementation of a CLIL project in a VET center.

Lastly, a round table was organised with presentations of CLIL experiences in European VET centres. Xavier Vallejo, Manel García, and Emiel Geerts, all CLIL teachers, animated the round table and gave some very practical examples of how they have implemented this methodology in the classrooms with the students.