Located at the far West of Europe, Brittany is one of the thirteen administrative regions of Metropolitan France. With an average of 25,000 new inhabitants per year since 2000, the population of Brittany continues to grow. In 2016, Brittany ranked 7th out of the French regions with 3.3 million inhabitants.

Traditionally based on agriculture and fishing, the economy of Brittany is increasingly counting on a performant industry that has been developing around agribusiness, telecoms, automotive and naval construction. In 2017, unemployment rate is at 7,4 % of the labour force, which is the second lowest among the French regions, and 1.2% lower than the national average. The growth of employment is Brittany is also the second fastest in French regions (+ 2,8 %).

The Brittany Region has an excellent level of education, which is characterised by high percentages of students in education up to the age of 24 and exam success rates that are always higher than the national average. The region also has the lowest percentage of young people without diplomas (6,9 %). In Brittany, there are 43 Centres de Formation d’Apprentis (apprenticeship training centres) and apprenticeship departments. With around 732,000 students enrolled in higher education, Brittany accounts for 4.9% of the national share and is the sixth leading region in France.

In conformity with its legal competence, training and assistance is offered by the Region to job seekers and those in employment. Each year, almost 5,000 Breton companies with over 10 employees fund continuing vocational education for their employees.

The “Pacte d’Investissement dans les Compétences” was signed off in March 2019 between the Regional Council of Brittany and the French State. This national framework will be implemented in Brittany for the next 4 years by investing 572 millions of euros on the territory to train more than 21 100 job seekers, including 4 935 additional trainings for under or unqualified people. More information here (in French).

By focusing on the most fragile public, this plan is in the continuity of the regional policy of Brittany, which has chosen to focus its action on the least qualified and long term job seekers as well as the NEET young people.

To do so, several new measures have been put in place by the Region: innovative and tailored training offers responding to the recruitment needs in the territory, as well as a stronger involvement of territories and businesses in the recruitment and training processes. The Regional Council of Brittany has indeed just launched two innovative programs to accompany this specific category of people (job seekers, less qualified people and NEET) to employment: 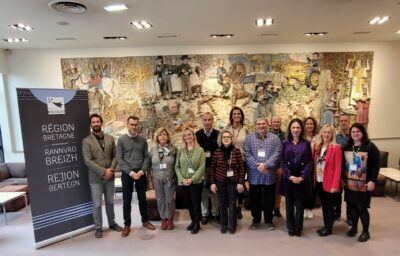 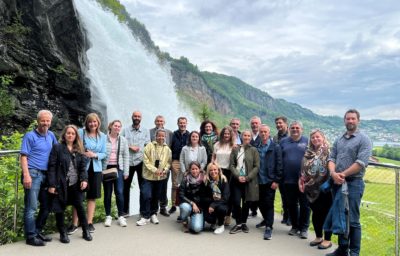 From 7 to 10 June 2022, the Stride for Stride project partners and their external experts met in Vestland (Norway) for a short study visit on Skills... 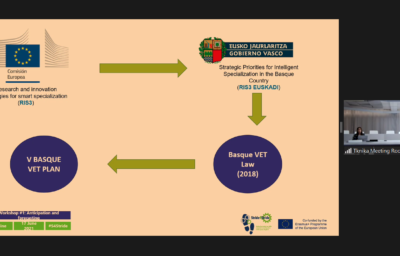 The first best practice exchange workshop under the #S4Stride project’s umbrella (Stride for stride for skills adaptation/anticipation in... 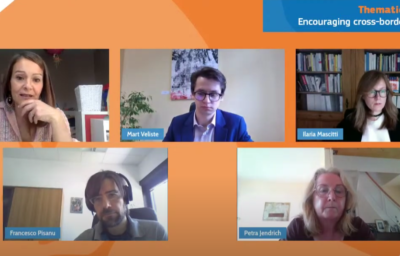 On 3 and 4 June 2021, a two-day high-level conference on the role of Regions and Cities in delivering high quality apprenticeships for all was held... 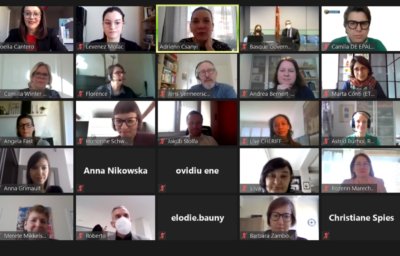 Region’s engagement in the Pact for Skills: EARLALL and its Member Regions met with the European Commission

On 5 March 2021, EARLALL Secretariat and representatives from its Member Regions, associate members and regions that are considering membership... 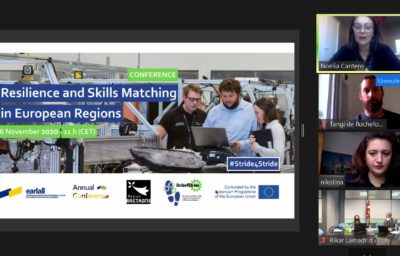 EARLALL and Brittany Region hosted on 6 November the online conference "Resilience and Skills Matching in European Regions" on the occasion of the...

Vocational Excellence and Smart Specialisation: Strengthening the regional and local impact of VET

Jointly organised by the European Commission’s DG EMPL and Joint Research Centre, the S3 Skills workshop was held at the European Institute of... 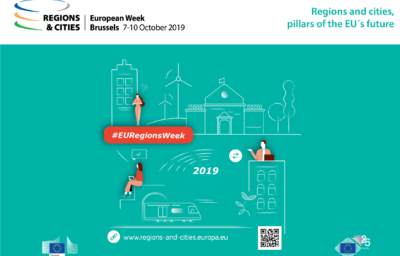 EARLALL was actively involved in the European Week of Regions and Cities 2019, which took place in Brussels, and organised two official events...