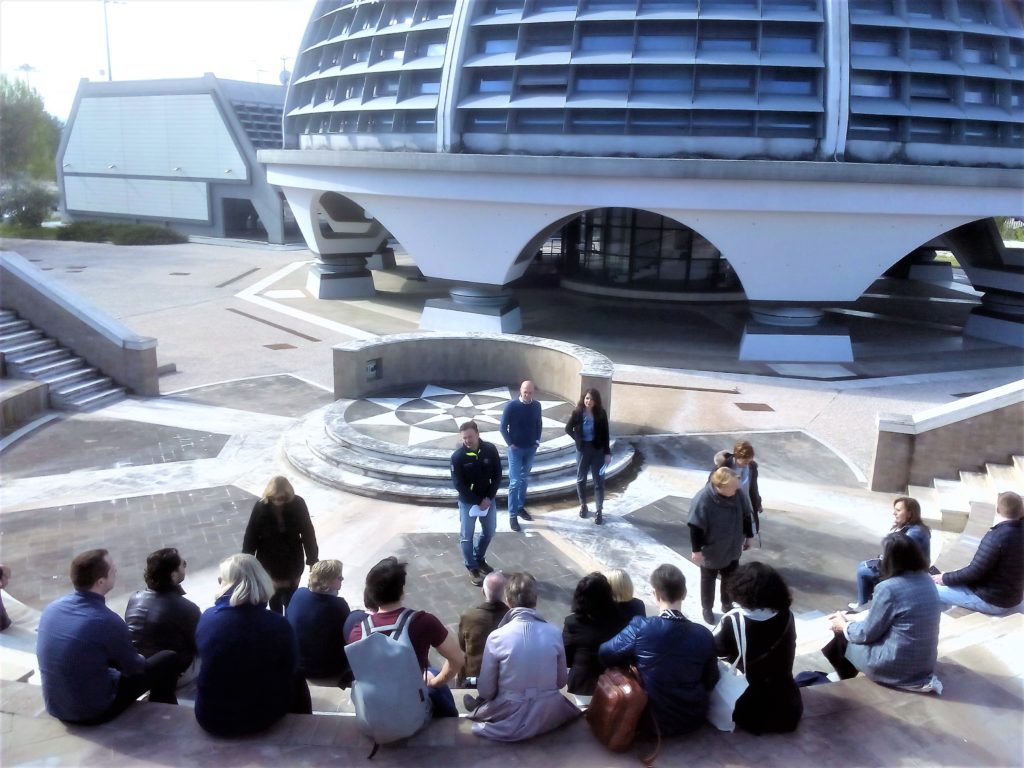 Erasmus+ KA2 VET in Urban Centres project partners met in Umbria on 8-10 April 2019 to keep up with the collection of best practices that will serve as a basis for pedagogical innovation and urban sustainable development with the support of vocational education and training (VET) centres. To this aim, different locations were visited by partner representatives between Foligno and Perugia, involving all relevant actors: education centres, local and regional institutions, companies, and students.

The E. Orfini VET centre welcomed project partners in Foligno on Monday. There, the meeting took off with discussions about the intellectual outputs under preparation: a multi-stakeholder cooperation model and an education programme. Nonetheless, there was also time to visit the institute’s facilities, such as the fashion and graphic design training rooms, as well as the electronics laboratory.

On Tuesday, project partners visited early in the morning Perugia’s headquarters of Agenzia Umbria Ricerche, where they continued with internal discussions. Afterwards, they headed to the city centre to visit a local co-working space for young designers that was developed in cooperation with the city council. The visit was introduced by Mr. Dramane Diego Wague, the city’s counsellor for youth. Then, project partners had the chance to get an insight of Brunello Cucinelli’s School of Arts and Crafts and fashion factory in Solomeo, an example of companies’ involvement in training the new generations. Lastly, the day’s cherry on the cake was a fashion show organised by Orfini’s VET centre students with “inclusion” as common theme, during which graduate’s fashion pieces were showcased in presence of teachers, citizens and international partners.

The third transnational meeting day began at Foligno’s civil protection centre for the prevention of earthquakes and natural disasters. Then, project partners gathered one last time at the co-working space Foligno Multiverso, where they shared their conclusions from the transnational meeting and started planning the next one, which will take place in Bergen, on 2-4 October 2019.