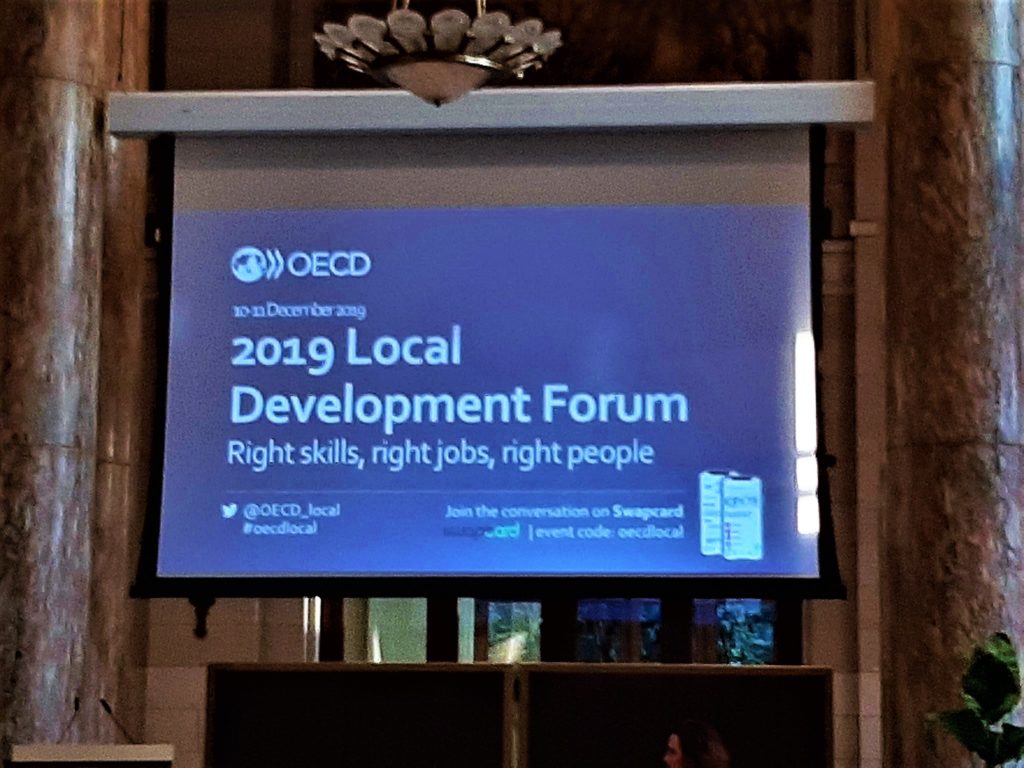 The city of Antwerp (Belgium) hosted on 10-11 December 2019 the 15th edition of the Local Development Forum by the OECD, which allowed best practice sharing and innovative idea development for more than 300 international local development practitioners. EARLALL actively cooperated with the OECD in the design of the conference programme, and a delegation of EARLALL Member Region representatives took directly part at the different sessions that were held on a variety of topics in relation to skills and local job markets.

The conference was kicked off by Mr. Ulrik Knudsen (Deputy Secretary-General of the OECD) and Ms. Andriana Sukova (Deputy Director-General at European Commission’s DG EMPL), who introduced the prospective European Action Plan for Social Economy to be developed by Commissioner for Employment and Social Rights Nicolas Schmit. Afterwards, The Missing Entrepreneurs 2019 publication was officially launched.

Ms. Barriola took part in a workshop about creating local ecosystems for social innovation. She shared inspiring practices in the Basque VET sector to promote a better society, with humanity and solidarity principles at stake: “No one should be left behind.” On the other hand, Ms. Ydrén introduced how third-country nationals are integrated in local labour markets in Västra Götaland, with the FIER project (funded by the European Union) as a flagship example of best practice. She acknowledged as key challenges information exchange possibilities (with GDPR being an obstacle for one-stop-shops) and the difficulties to scale up succesful initiatives. Last but not least, Mr. Carrión presented how lifelong learning is promoted in Catalonia. He highlighted as key responses to the silver economy debugging job-seekers databases and offering VET on demand, with the goal of upskilling adult learners.