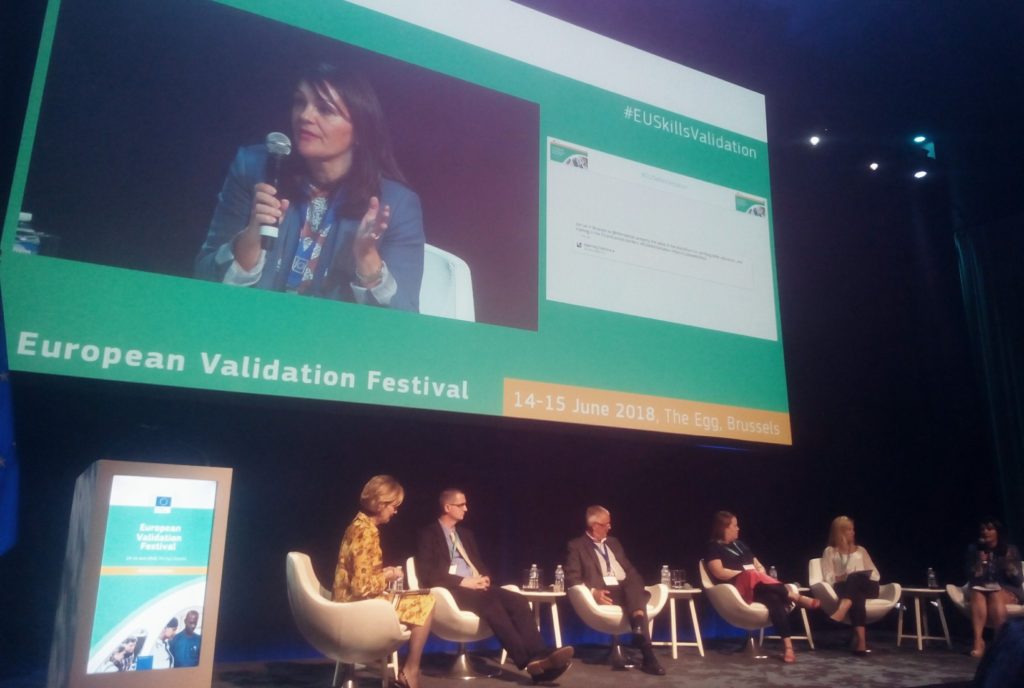 On June 14-15, Brussels hosted the first European Validation Festival, which gathered stakeholders from many different backgrounds (education providers, business, public authorities, non-profit organisations…) with a common passion: skills validation. The event, organised by the European Commission’s DG EMPL and Cedefop, had the aim of providing an open space for discussion and exchange, and preparing the ground for future European cooperation in the field of validation, in the framework of the New Skills Agenda for Europe launched in 2016.

The festival was divided in two days. On Thursday morning, participants could visit the marketplace, featuring stands from different stakeholders who presented their projects, initiatives and inspiring ideas. In the afternoon, several workshops were organised on topics such as blockchain for validation, adult education and integration of migrants.

On Friday, the conference took place, hosted by Commissioner M. Thyssen, who was inspired by the festival’s mood to call for validation: “When I think of validation, and festivals, I somehow have to think of the Rolling Stones. […] In one of their famous songs, they could get no satisfaction. But there’s people who can’t get no validation, even though they try, and they try, and they try.” She pointed out that there is still a job for us to do and that we need to set high ambitions to accomplish it.

The official presentations were followed by speakers who provided a business point of view to the topic and a panel of validation ambassadors, who had gone through the validation system in different ways and shared their experiences with the audience. The last panel called for a multi-stakeholder engagement in the validation process, and the European Association of Regional & Local Authorities for Lifelong Learning took part in it, enhancing the role of local action and global thinking.

Noelia Cantero, business manager of EARLALL, stated that “every citizen has the right to have their skills recognised, and validation is something that has been taking place at regional and local level for many years.” She also pointed out the need for social awareness as a means for building trust. Her words received the support of Alison Crabb, Head of the Skills and Qualifications Unit at DG EMPL, in her concluding speech: “A crucial way of achieving trust in the validation process – a lifelong, lifewide chain – is involving all stakeholders.”