EARLALL Annual Conference 2018: Education is back on top of the agenda, the moment is now! 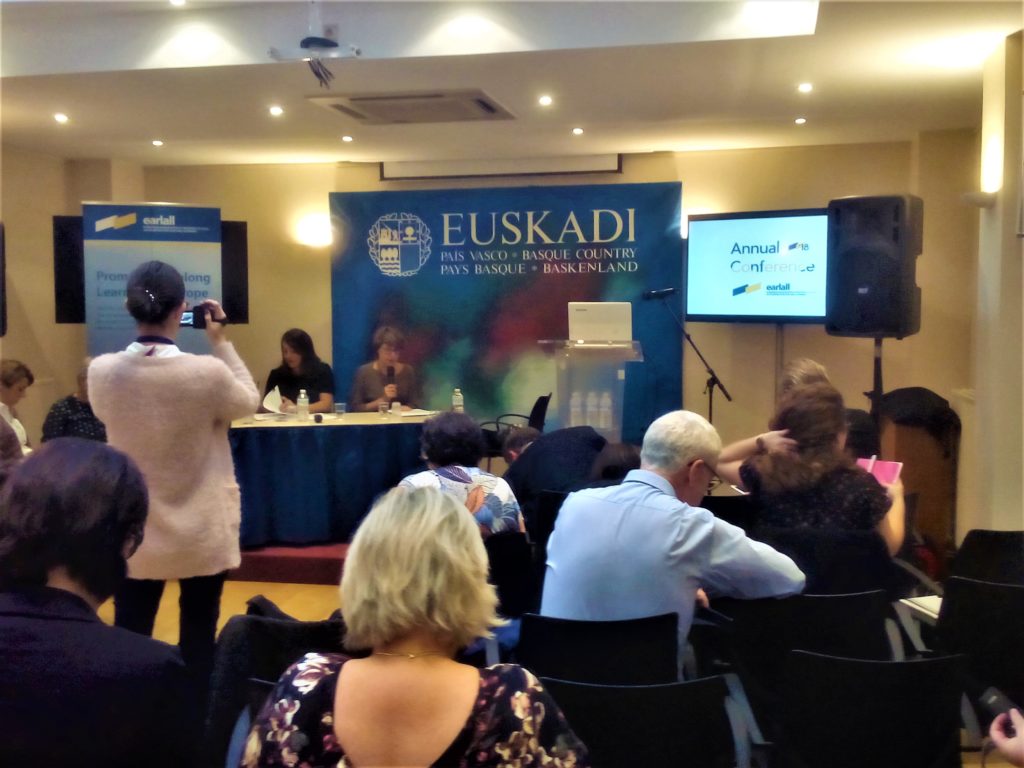 EARLALL held its Annual Conference 2018 in Brussels from Tuesday, October 9, to Thursday, October 11, on the occasion of the European Week of Regions and Cities (EWRC). Five events in three days gathered more than 200 participants in total, in a very successful meeting for exchange, networking and inspiration. The two first days set up the scene with two workshops in the context of the EWRC: FIER (Fast-track Integration in European Regions), at the SQUARE congress centre, and Investing in People for a Regional and European Success, at the House of Brittany. For more information about these events, click here.

Board Meeting and General Assembly

After the EWRC event on Wednesday, EARLALL Board met during the afternoon at the House of Brittany to assess the activities carried out by the organisation during the year and plan the work programme for 2019. All this information is gathered in EARLALL Annual Report 2018 and Work Plan 2019, available here.

On Friday, the General Assembly met at the Delegation of the Basque Country to the EU. The decisions taken by the Board were confirmed by all member regions, and each of them presented their progress in the sein of EARLALL’s working groups. All participants agreed on the importance of exchange as an effective approach to leverage regional development, in an unstable European context due to Brexit and the negotiations of the Multiannual Financial Framework 2021-2027 at institutional level.

EARLALL Board was re-elected for one more year by consensus, and a new region was welcomed as full member into the organisation: Varaždin County. The entrance of this region in EARLALL means a new EU Member State for the organisation and the starting point for a fruitful cooperation. The General Assembly also welcomed Borås Municipality as new observer.

After the General Assembly, all EARLALL members were invited to take part in a conference about the anticipation and adaptation of skills to the labour market needs, which also counted on the attendance of relevant Brussels-based stakeholders. The main goal of this conference was to set up a study visits programme in the sein of EARLALL’s working group for Skills & Labour Market, to allow EARLALL Member Regions to explore new possibilities to match the current labour market’s needs stride for stride and be ready for the future.

Regional case examples and best practices were presented, and Michael Horgan, from the European Commission’s DG EMPL, introduced the EU policies and funding opportunities for skills development with a multilevel approach in a context of a “lifelong learning imperative” and an “economy of transitions.” Presentations by regional representatives followed.

Brittany Region introduced the sector-specific needs of the optic fibre in the region, and the importance of a “think global, act local” approach to boost VET and involve more companies. Tuscany presented the analysis made by IRPET, the Regional Institute for Economic Planning, which is currently carrying out an extensive research about Training 4.0, focusing on strategic sectors (such as the fashion industry) and needs.

Västra Götaland pointed out the need of supporting local actors for innovation, investment in human capital and skills integration (Industry 4.0), in a labour market with strong labour shortages. Lastly, Catalonia presented the regional goals of increasing the share of VET students as an answer for the labour market demands, taking into account the new scenarios in the new economy.